The role of the artist is to transmit to humanity the deepest experience of reality. Art is remembrance. It is love. It is like a sword that distinguishes between appearances and reality, or a cradle that reminds us of home. 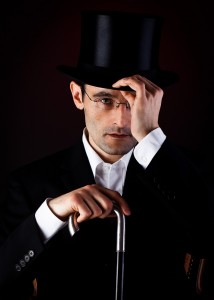 Born in 1970 in Paris, he lived since his earliest days in Luxembourg. He is a nonprofessional photographer documenting the decay of urban and industrial structures across Luxembourg, France and Germany. There is an undercurrent of haunting, solemn nostalgia in Jean-Claude Berens’ photographs, with his often formal compositions and almost painterly rendition of light perfectly conveying the mood he finds in his subjects. His work is reminiscent of Simon Marsden’s series on supposedly haunted sites in England, and like Marsden, he uses a special technique of photography that has proven an uncanny match for his theme. He has developed a love for decay because he realized there is actually tremendous beauty in decay. And indeed, Jean-Claude has a lot of beauty in decline to show, with a variety of picturesque subjects.

His explorations have taken him into old, disused burial crypts, abandoned farmhouses, medieval castles and a multitude of mothballed industrial sites. He has got into this type of photography while privately researching the history and culture of Luxembourg and of his ancestors. Though born in Paris, Jean-Claude grew up and still resides in the tiny but once heavily industrialized country of Luxembourg. Rich in iron, Luxembourg had a profusion of mines and smelters from the latter nineteenth century to the end of the twentieth. Many of these sites have now been closed down and abandoned.

He is an artistic photographer since the age of 13, when he shot black and white and had his own darkroom. Jean-Claude considers himself entirely self-taught, easily coming to understand digital photography thanks to his background in analogue photography and his professional role as an IT network and security specialist. He considers Ansel Adams and Buddhist philosopher Shantideva his visual and spiritual mentors, and indeed there is a very Buddhist sensitivity to impermanence in his photographs. He became known for his photographs through his website, UrbanVisions and after several exhibits on the theme, published a book.

Photography is a challenge and adventure for Jean-Claude, who notes that his most memorable photographs are those where he entered a site and was able to take only one shot.

Jean-Claude has come to prefer a subtle, realistic style of HDR imaging, just enough to bring out the richness of detail in the scene. His photography has attracted a strong following over the Internet, and a series of them have been used as covers for crime thrillers. The images have an extraordinary quality to them, eerie yet not morbid, depicting very static subjects yet inviting dynamic exploration of the frame, demonstrating how a photographer can adopt a technique and find his ‘voice’ in it. Most of all, they are very evidently the products of a deep passion. “I think now that my two passions, decay and photography, are deeply interdependent,” says Jean-Claude. “I could continue one without the other, but this burning passion, this deep love for those places, abandoned by the crowds, so full of serenity, would not be the same if I could not bring back some glimpses of decay and impermanence in a life where we all grasp for a permanence we could never reach.”